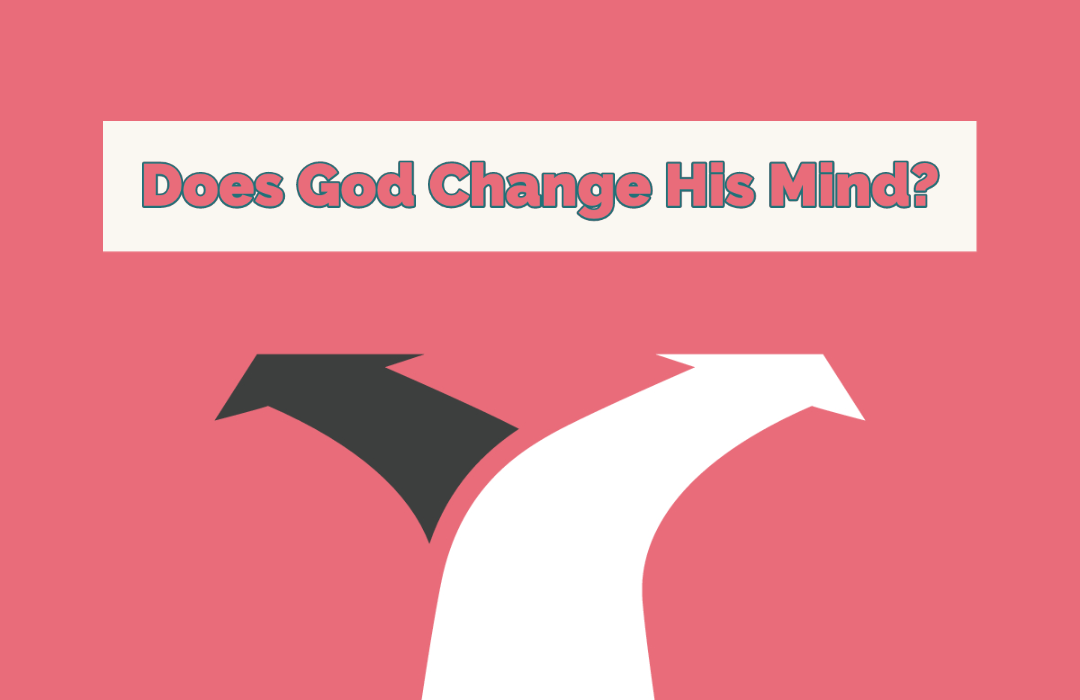 As I was preparing to preach from the third chapter of Jonah this coming Sunday, I stopped on this verse: “When God saw what [the Ninevites] did, how they turned from their evil way, God relented of the disaster that he had said he would do to them, and he did not do it” (Jonah 3:10 ESV, emphasis added).

Does this mean that God changed his mind?

But to take it a step further, if God changes his mind—about anything—that has resounding practical implications for us today. How can we trust anything God says if it’s possible that he might change his mind? Moreover, if God changes his mind on the basis of things that happen in the world, then that means God’s character is not fixed, but fluid. He is not a God who is, but a God who is becoming, a God in process.

It would also mean that God’s nature is in some sense dependent on his creatures. If that’s true, then either God could not have been perfect and complete until after he created the world, or he was perfect, but no longer is as a result of his interactions with his creatures.

“A God who Relents”

In his Systematic Theology, John Frame explains that God’s tendency to “relent” is part of his very nature and name (pp. 368ff). There are numerous passages in Scripture that describe God “relenting” from judgment (e.g., Exodus 32:14, Amos 7:6). When Jonah describes God’s character in Jonah 4:2, he alludes back to God’s revelation of his glory in Exodus 34. The Exodus passage is one of the most remarkable descriptions of God’s nature in all of the Bible. But when Jonah calls this passage to mind, he adds an editorial note of his own: God is the One who “relents from disaster.”

In other words, in the heart of God rests both righteous judgment and the deep-seated desire to withhold that judgment. The inclination to “relent” flows out of God’s righteousness and compassion. It’s part of his unchanging nature.

Where would we be without this feature of God’s character? Well, we’d be suffering under the weight of his judgment. After all, that’s what we’ve earned. Just like the Ninevites, we’ve all participated in the same idolatry and violence that have been destroying the world for centuries, and unless God relents from judgment, that’s where we’d be headed. Praise God for his compassion and mercy!

So…He Does Change His Mind?

Not so fast! God’s tendency to hold back judgment doesn’t mean that he intends to pass judgment and then changes his mind because he feels bad for us. The warning of judgment is one of the means by which he brings about the repentance of sinners.

In Jonah’s case, if God had wanted to judge Nineveh, he would have just done it. Instead, he sends a prophet to the city with a message of warning. The fact that Jonah was even there is proof that God’s intention all along was to show mercy. The warning of disaster and the decision to relent are all functions of God’s sovereign, unchanging mercy. The decision of the Ninevites to repent didn’t contradict or limit God’s intention to destroy. On the contrary, it was compatible with God’s desire to relent.

What a blessing to know that our final destiny isn’t based on our ability to convince God to cool down and give us another chance. His mercy is part of his eternal, unchanging nature. He always has done and always will do what is necessary to rescue undeserving sinners from destruction. The plan has always been to send his Son to take our place so that we might be saved solely by grace through faith in him.

God doesn’t change, and that means his mercies never wear out. Thank God that he will always be “a gracious God and merciful, slow to anger and abounding in steadfast love, and relenting from disaster.”