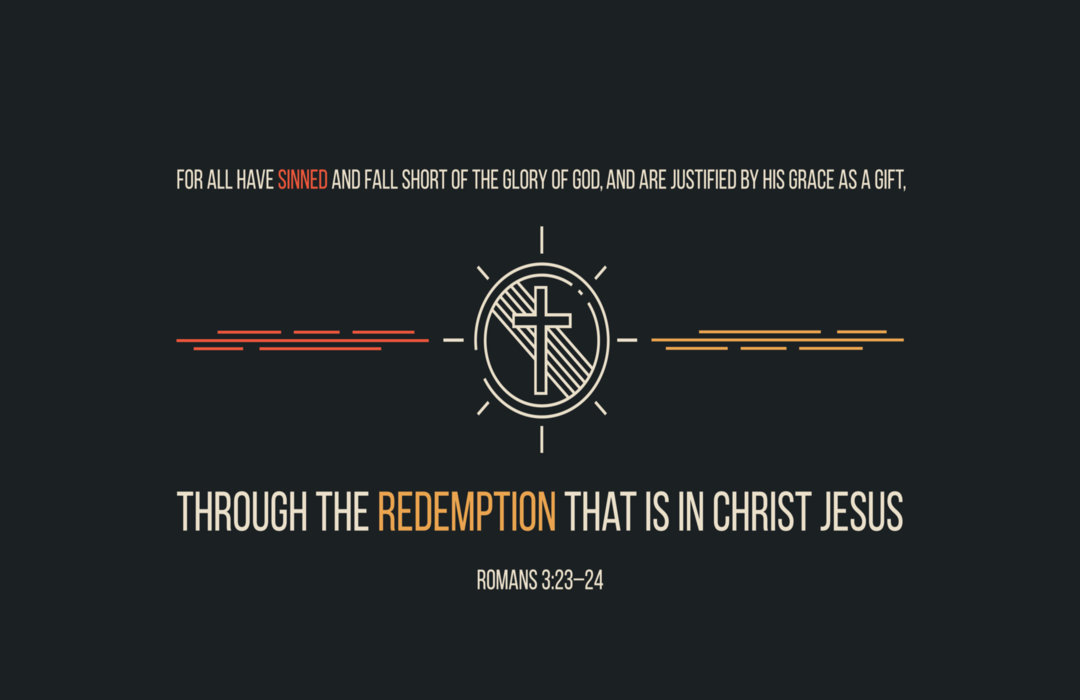 Two men walk up to the front door of the church for Sunday worship, both well-known to the congregation and the surrounding community.

One man is a member of the pastoral staff. He is an avid student of the Bible. More than that, he is a servant to his neighbors, known to be honest and hardworking. He has organized efforts to bless the city’s schools and feed its homeless. He has collaborated with others to ensure that needy children have enough to eat, stood his ground when criminals tried to prey on the weak and the poor. He is the kind of man you’d be proud to have as a father or a brother or a son. He approaches the greeters, looks them in the eye, shakes their hand, smiles confidently.

The other man is a long-time veteran of the police department. But everyone knows he’s no hero. This guy has always been the “bad apple” threatening to spoil the bushel, a slick operator who harasses women, takes bribes, and trades favors with criminals. No one can explain how he’s been able to avoid being thrown off the force; he gives the entire department a bad name. He shuffles toward the door, hands in his pockets, head down, eyes puffy and bloodshot. He mutters a quiet “thanks” as he passes the greeter and enters the church lobby.

Based on what you know of these two men, which one do you think is right with God? Which man has any hope of being justified in the presence of the all-knowing, perfectly just, infinitely holy Creator of the universe?

In Luke 18, Jesus himself presents a similar scenario: “Two men went up to the Temple to pray.” One was a clergyman, a Pharisee known for his righteous life, and the other a tax collector, a corrupt government official who made his living by taking advantage of his most vulnerable neighbors. One man went away “justified,” while the other did not. Which do you think it was?

All of us have a desire to be in the right, to be justified. What’s much more important than being right, however, is being right with God. God is the one who made us. He has the authority to tell us how to live. He has the authority to do with us whatever He wants. And He is always just in whatever he does. Moses tells us, “His work is perfect, for all his ways are justice. A God of faithfulness and without iniquity, just and upright is he” (Deuteronomy 32:4). This means that in order for God to be just, then He must deal justly with every one of his creatures. Every single injustice, no matter how small or seemingly insignificant, will result in His just condemnation.

This is one of the reasons why Job asks desperately in Job 9:2, “How can a man be in the right before God?” While there is a lot of debate about the specifics, the way we typically answer Job’s question is by figuring out a list of things that we should do or not do: Keep the list, and you’re justified. In other words, we tend to think that our justification before God rests on the basis of our works.

Actually, there are good reasons to think this way. For example, in one of the most pivotal passages in the Bible, God himself speaks to his people from the top of Mount Sinai, and he offers them an opportunity to be justified by their works: “If you will indeed obey my voice and keep my covenant, you shall be my treasured possession” (Exodus 19:5). In this passage, God promises to make the nation of Israel his beloved people in exchange for their obedience to the commands he is about to give. And the people agree to this arrangement, promising, “All that the Lord has spoken we will do.”

Here’s the problem: they don’t hold up their end of the bargain. Just like Adam and Eve in the garden of Eden (Genesis 3), the children of Israel fail to live up to God’s standard of righteousness, they break his commands, and instead of being justified they find themselves condemned.

As the Apostle Paul makes clear, all of us—every single human being—are the same in this respect. None of us can withstand the all-knowing scrutiny and the impartial justice of a righteous God. We might look pretty good standing next to our brother or our neighbor or our spouse or our coworker, but when we compare our lives to the righteous standard of a holy God, how can any of us be justified?

This is the problem that Paul addresses in the opening chapters of the book of Romans. Human beings are irreparably corrupted. Instead of worshiping and serving the Creator, we serve idols (Romans 1:25). Instead of living the way God designed us to live, we do whatever we want (Romans 1:24). And every time we pass judgment on somebody else for their crimes or impurities, we condemn ourselves, because while we may not have committed every possible kind of wickedness we see in the world, that very same wickedness lies, in seed form, in the secret places of all of our hearts, so that from the most disgusting predator to the most upright and religious person on earth, each of us stands unable to justify himself on the basis of his own righteous deeds (Romans 2:1-23).

This is why Paul emphasizes that there is absolutely no way—no matter how religious you happen to be—that you can be justified in the sight of God on the basis of your own works. He must really mean it, because he says it more than once:

So we’re back to Job’s question: “How can a man be in the right before God?” Moreover, how could God possibly be just if he were to justify those who are unjust? Wouldn’t that make God unjust? It would seem that either we are hopelessly condemned, or God is not as righteous as he says.

"All have sinned, and fall short of the glory of God, and are justified by his grace as a gift, through the redemption that is in Christ Jesus, whom God put forward as a propitiation by his blood, to be received by faith. This was to show God’s righteousness, because in his divine forbearance he had passed over former sins. It was to show his righteousness at the present time, so that he might be just and the justifier of the one who has faith in Jesus” (Romans 3:23 -26).

There is a lot of rich teaching in this short paragraph. But notice how God maintains his justice while at the same time justifying sinners: He “put forward [Christ] as a propitiation by his blood.” In other words, when the Jewish authorities handed Jesus over to the Roman governor for execution, when the soldiers were beating his back and nailing his mangled body to a cross, when he was hanging there gasping for hours, when he breathed his last —in the midst of that ugly scene—Jesus was doing something wonderful: he was offering his own life as an atoning sacrifice on behalf of all those who would believe in him.

Here’s what that means: God in his justice must punish sin. All human beings have broken his commands and earned his condemnation. But instead of causing that judgment to fall on us, Jesus took it on himself. Because he is the Son of God, he has the right to take our punishment in himself (after all, he was the one we rebelled against). Because he is the Son of Man, he has the authority to represent us. And so in the cross he did exactly that: he took our condemnation and granted us his justification.

In this way, God is both just and the justifier of those who believe in Jesus. He is just in pouring out his wrath against sin, and yet he justifies the ungodly (Romans 4:5), not based on our works of righteousness but according to his mercy (Titus 3:5-7).

So, which man do you think was right before God? The preacher or the dirty cop? The tax collector or the Pharisee? If any of them hoped to be justified by their own works, then the answer would be “none of them.” Sure, a corrupted police officer or an oppressive tax collector would have a lot of crimes to answer for. But in God’s eyes, is the preacher or the Pharisee any better? No.

Surprisingly, Jesus tells us that in his story, it was the tax collector who “went away justified.” He knew he had no righteousness to speak of. Instead of bragging about his good deeds, he confessed his sin. Instead of comparing himself to his neighbor, he cried out for mercy. Instead of stubbornly refusing to acknowledge his imperfections, he repented.

Friend, did you know that no matter what your life has looked like up to this point, you can be justified? Yes, you can know that you are right before a holy God, the God who sees all and holds all people to account for everything they’ve ever done, that you are God’s treasured possession. How? This justification is “received by faith” (Romans 3:25). That means that if you will turn away from your sin and your self-reliance, and trust in Jesus from the heart, then you can be justified.

If you are a believer in Jesus, then you are justified. God’s love for you is not based on your works. It is based on the work of Christ. God’s acceptance of you doesn’t ebb and flow when you’re more or less faithful. He accepts you on the basis of the righteousness of Jesus. So do not be afraid, but rest in faith, knowing that your God justifies the ungodly.

Can I trust the Bible?

Can I Trust the Bible? (Part I): God Speaks

Can I Trust the Bible (Part II): God's Word in Human Words

Can I Trust the Bible? (Part III): God’s Word Written

This Sunday is "Next Generation Sunday." What's That?