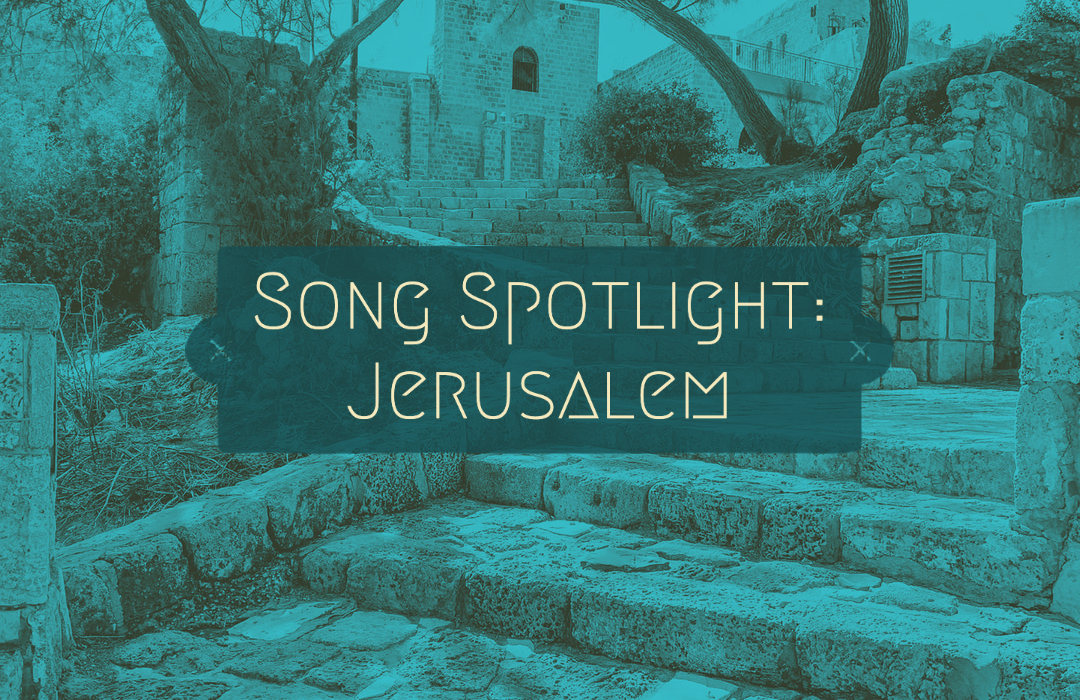 I have only been this excited to debut a song at church one another time.

The last time I was this hyped about a new song was when I first led Andrew Peterson's masterpiece (and still my all-time favorite song) called "Is He Worthy?".

This week, on the live broadcast, we will be learning CityAlight's treasure called "Jerusalem." We will be singing it together a few times in the near future and it will take its rightful place in our song catalog right away.

As a church, we have been studying through John's Gospel. And we have now come to the most painful part of the book: the trial and crucifixion of Jesus.

I remember fifteen or so years ago when the movie The Passion of the Christ came to theaters. Viewers witnessed an unprecedented visual depiction of the gruesome nature of the crucifixion. The film polarized the church in some ways. Many reacted negatively to its violent nature and subsequent R rating. Others hailed it as a work of art that served as a necessary shock to the familiar Christian system. When I left the movie theater, the place was silent. No one spoke. Everyone was bothered, in good ways and bad, and it seemed like we all saw the familiar story take on a new gravity in our lives.

CityAlight is an Australian worship band with Anglican roots. They write simple, singable melodies over rich, doctrinally sound, and contemplative lyrics. And they write for the church. They don't write like the majority of worship bands I've listened to over the past couple decades. Their music is beautiful and profound.

In some ways, their song "Jerusalem" evokes a response similar to The Passion of the Christ. While not particularly violent or gruesome, the lyrics stimulate introspection and retrospection. Like a movie does, the words of the song place the listener (and singer) in the scene, watching Jesus prepare to die for the sins of the world.

We are invited into the story. We witness the gravity of Jesus' death and the hope of His resurrection. With our mind's eye, we watch the greatest story ever told unfold.

We are invited to encounter the preposterous reality that the creatures mocked and killed the Creator. We are compelled to think through the Savior's mindset as He approached the moment of His glorification.

We are invited to experience the terror of God's wrath falling upon His Son. We are brought in to witness the moment when total forgiveness and permanent access to the holy presence of God is offered to sinners.

We are invited to rejoice that our Suffering Servant has conquered death. We are transported from ancient Jerusalem, where the Messiah paid our sin debt, to the New Jerusalem, where He sits and reigns on high for all eternity!

Surely, you can see why I love this song so much. And I hope that you take a moment to listen, to feel, to pray, and to prepare to sing with full-throated worship of the crucified and risen Lord on Sunday morning.

Adopted Into the Family

The Nature of True Faith

EQUIPPING CLASS HIGHLIGHT: The Story of Everything + Church History 1

Don't Wait for the New Year!

Five Ways to Love the Widow

Five Ways to Love the Orphan

Song Spotlight: Nailed to the Cross

We Grieve with Hope: GriefShare Begins this Week